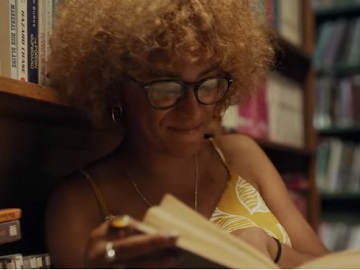 Mars Chocolate UK has launched a new advert for its Galaxy brand, asking viewers why they should choose pleasure.

The 20-second spot, part of a campaign titled “30 days of pleasure” and created in partnership with Time Out magazine, features several women who gave an answer to this question, revealing the reasons why they chose pleasure in their everyday lives. “Because it helps me to relax,” “Because it gives me a boost,” “Because it makes me feel good,” “Because what really matters…,” those women are heard saying, while on screen they are seen doing things that bring them pleasure, such as taking a bath, doing yoga in the middle of nature, meeting up with a friend over a cup of coffee, and enjoying a good book in the library.

The chocolate brand invites people to share on Instagram how will they #ChoosePleasure today. In addition, Galaxy is creating a giant edible billboard in Westfield London to encourage passersby to view pleasure as a necessity.

Tomorrow, June 15, they will be able to pick up a chocolate bar from the installation. Galaxy will also be giving Time Out readers the chance to win 30 prizes such as a Galaxy picnic set or an “ultimate movie night”, and the magazine will be publishing daily editorial around the importance of living well.

In September 2017, Galaxi’s new global campaign, launched to encourage people to “choose pleasure as an essential, rather than a luxury”, included an advert called “Thought Train”, featuring Shakespearean actress and published poet Jade Anouka as an empowered woman in a hectic world.