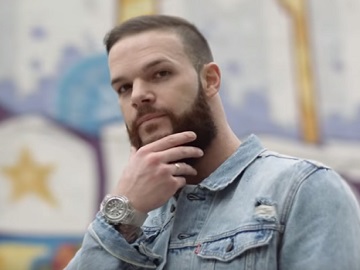 Foot Locker announces the arrival of the Foot Locker x Nike “Home and Away” Collection in a series of new ads.

One of them, dedicated to the Houston Away Air Max 95, features professional baseball pitcher Dallas Keuchel, who has played in MLB for the Houston Astros, talking about his city. “Houston to me is a small city, but it’s the fourth biggest city in the country. There’s such a fool atmosphere to Houston. It’s such a foodie city. Obviously you start with the barbecue, it’s the real deal for sure. You got a little bit of everything,” he says, adding that he lives to collect shoes and “every special edition they come out with”. He’s also seen holding the Houston Away Air Max 95 and saying his opinion about it, while at the end of the video the date 12.22 flashes across the screen.

The “Home & Away” collection, which features Nike Air Max 95, Air Force 1 Hi, Air Force Low and Air Max Plus/97 colorways that celebrate the cities of Houston, Atlanta and Miami, includes the “Home Pack,” launched earlier this month, on December 6, and “Away Pack,” set to launch on December 22, in select stores and online.