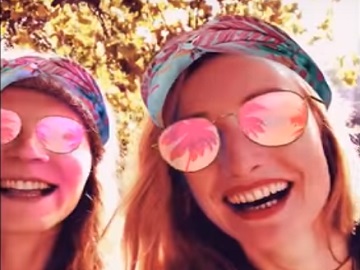 Facebook has released a new ad, inviting you to join the company on its journey to bring the world closer together by doing meaningful work that aligns to your strengths and passions and help build a better future, together.

Titled “It’s About,” the 80-second spot features different people as they share their thoughts on what Facebook means to them. “For me, it’s about the early mornings and the late nights,” says a man who’s doing his morning run on a road that crosses a forest and is spending the night looking at the stars in the company of his little son.

“It’s about finding time for myself and time for others,” says a mother who’s first seen reading a book and then spending quality time with her kids, helping them with their homework. “It’s about the quiet moments, where I gather my thoughts. It’s about the loud places, where these thoughts are given life,” says a young woman who’s strolling into a forest, headphones on, and then gets back to the city life, taking subway to go to work, a cup of coffee in her hand. “It’s about connecting and perfecting. And creating. And creating again. It’s about the anticipated. And the unexpected. It’s about sharing and encouraging. It’s about bringing the world closer together. It’s about crafting a culture for everyone so that all voices are heard. It’s about reaching your goals, but never settling. For me, it’s about…” other people are heard saying.

The video ends with the onscreen line Facebook careers written in blue.

Now, the corporation has 152 open positions in countries across the world, from Brazil and Mexico to California, India, Singapore, Japan, Belgium, UK, Germany, France and many more. The tech giant, describing itself as “proud to be an Equal Employment Opportunity and Affirmative Action employer,” has proven itself to be the gold standard for employers in America.