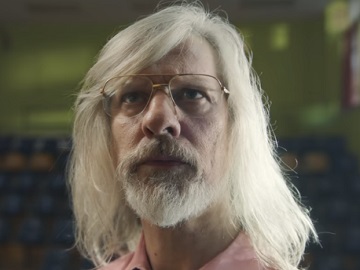 One of the spots, created by Duncan Channon, DriveTime’s agency of record since 2012, features mathematician Gunter Zoolof writing a complicated formula on a huge blackboard. “This is doctor Gunter Zoolof. Did he solve Carmichael’s Totient Conjecture? Yes. Yes, he did. But did he buy his car DriveTime, using the industry’s smartest online tools? No. No, he did not.” the voiceover says and, at this point, a janitor is seen entering the classroom and starting to wipe away the scientific formula from the blackboard. “Dr. Gunter Zoolof was almost a genius.” the voiceover also says, listing then some of DriveTime’s offerings, like Intelligent Online Financing and Live Market-based Pricing on over 15,000 vehicles, and adding, at the end of the spot, the new slogan, “The Genius Way to Buy a Car”.

The campaign includes another spot, featuring marine biologist Dakota Isaacs, who also claims remarkable academic and scientific achievements, yet fails to be a true genius because she didn’t use DriveTime to buy her car.

The vehicle retailer headquartered in Tempe, Arizona, operates 145 dealerships in 27 states, selling more than 150,000 used vehicles every year and registering more than $2 billion in consumer credit requests each month.