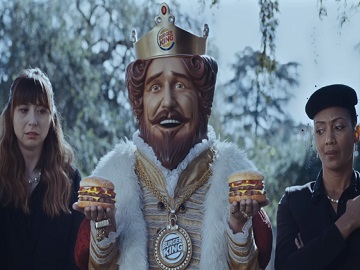 The commercial ends with the voiceover mentioning that the new “meaty, cheesy, flame-grilled Double Quarter Pound KING” has over a pound of flame-grilled beef.