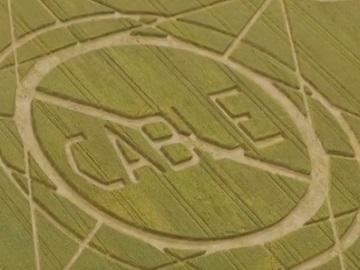 AT&T continues to advertise its DIRECTV service with a hilarious new spot, giving some signs for those who’ve been waiting a sign to quit cable.

The 30-second spot features several persons receiving signs to quit cable in unexpected ways: a woman found the message “quit cable” on her toast, a shop owner found the same message on the ceiling, after a drop of water fell on his head, making him look up, and, in addition to that, his scissors fell from the counter between his feet, right above a cable.

“Now you can quit cable. Switch to DIRECTV and now get a 100$ reward card,” the voiceover says at the end of the commercial.

The company specifies that the reward card, part of a limited time offer, ending August 15, 2018, is offered with 24 month agreement and that customers must maintain service and redeem the card within 75 days.