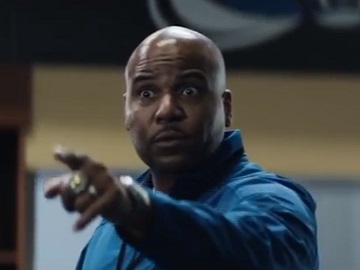 DIRECTV has released a hilarious new commercial, urging viewers to quit cable and get the most live sports in 4K with DIRECTV.

The 30-second spot features a coach giving his team a pep talk in the locker room. “It’s not what champions do. It’s what champions don’t do. They don’t back down. They don’t settle. And they don’t quit. Except for cable,” the coach says standing among the players, who are listening to him in silence. And he adds the last part, a player repeats the word “cable” as if he were unsure he had heard well, which makes the coach urge him to quit cable. “Because we are Cougars and we don’t quit. Unless what?” he asks the athletes, who are all shouting at once: “Unless it’s cable”.

The commercial ends with the voiceover urging viewers to quit cable and switch to DIRECTV to get the most live sports in 4K and adding the tagline “More for your thing. That’s our thing”.

In another commercial, featuring a mother pouring two big jars of lemonade that her kids are trying to sell into a large plastic cup for a woman who asked for a lemonade, DIRECTV informs that, with NFL SUNDAY TICKET, you get every live game, every Sunday, on DIRECTV.

Previous: Progressive Commercial: Flo in the Jungle
Next: GEICO Commercial: The Gecko & Potential Renter in Apartment