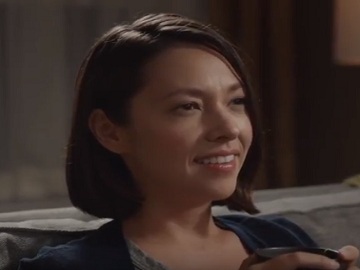 DIRECTV continues its ad campaign highlighting that DIRECTV has been rated #1 in customer satisfaction over cable for 17 years running with a hilarious new commercial.

The 30-second spot opens with a young woman watching Game of Thrones on DIRECTV and drinking a soda, while the voiceover is heard saying that “DIRECTV has been rated #1 in customer satisfaction over cable for 17 years running.” (onscreen lines specifiy that this claim is based on 2001-2017 ACSI surveys of customers rating their own TV provider’s performance). “But some people still like cable. Just like some people like pre-shaken sodas, having their seat kicked on an airplane, being rammed by a shopping cart, sitting in gum, and walking into a glass door.” – the voiceover also says and on screen people finding themselves in the respective situations can be seen laughing out loud and enjoying the nasty things happening to them, that other people hate.

“But for everyone’s else there’s DIRECTV.” – the voiceover adds at the end of the spot, urging then viewers to switch to DIRECTV for a #1 rated customer customer satisfaction over cable and get a $200 reward card.

The company specifies that the monthly cost is $35 for the first 12 months (at this cost a tax is added) and that in the following months up to 24 the monthly cost (which is subject to change) will be $76. Moreover, Autopay may be required. As for the reward card, part of a limited time offer, it is informed that customers must maintain service and redeem the card within 75 days. Regarding Game of Thrones, DIRECTV mentions that the hit series is available with an HBO subscription.