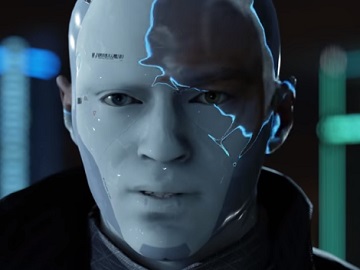 “I didn’t choose to be different. I didn’t choose to take a stand, to liberate my people, to start the war,” this is what Markus from the Detroit: Become Human is heard saying in a new TV commercial released by PlayStation.

“How far will you go to resist?” is the question raised in the 30-second spot promoting the upcoming game from the makers of Heavy Rain and BEYOND: Two Souls, set to launch on May 25.

Set in the near-future metropolis of Detroit in 2038, where highly advanced androids have replaced the human workforce and exist only to serve mankind, Detroit: Become Human enables players to step into the shoes of three distinct android characters – Markus (played by Jesse Williams), a “deviant” who has broken free of his programming and took charge in the organised liberation of Detroit’s android population, Kara (played by Valorie Curry), a newly-manufactured android that has broken her programming and is on the run, and special police investigator Connor (played by Bryan Dechart) – and discover “what it means to be human from the perspective of an outsider.” Besides getting the chance to see the world through the eyes of a machine, players can also shape “an ambitious branching narrative”, where their actions and decisions not only determine the fate of the three protagonists, but that of the entire city of Detroit.