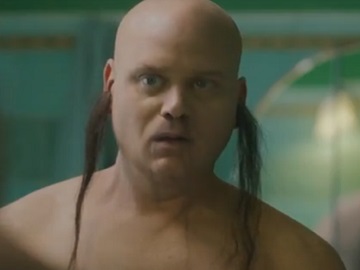 Credit Karma has launched a new ad campaign, aimed at encouraging people to use Credit Karma and find out what their odds of getting approved for a credit card are.

Titled “Know Your Odds,” the campaign includes five different spots that feature scenarios in which odds are not great at all. One of the spots, dubbed “Miracle Hair,” shows a guy who, after having used a product called “Hunky Head” in the attempt of getting rid of his baldness, finds himself still bald, but with long hair coming out of his ears and nose. As he’s looking into the mirror, he decides to use what he has and lifts the hair from his ears on his head and does seem quite pleased with the result.

“Odds of online meds working as promised: Not great. Odds of getting approved for a credit card: Pretty great,” the voiceover says at the end of the commercial, urging then viewers to find out what they odds are at the company’s website.