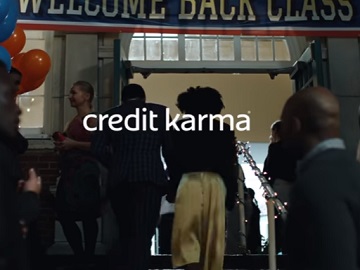 Credit Karma continues its “Here’s to Progress” series with a new installment, featuring Henry Harmon, who will make quite the entrance at his 20th high school reunion.

In addition to this, he has also managed to marry the ex girlfriend of one of his rivals, but – despite what others might believe – this is not a spite marriage, but a love marriage.

The previous “Here’s to Progress” film, titled “Tom and Tina,” told the story of a couple who go through some phases, as well, before getting to watch their son taking his first steps on the living room floor of their dream home.