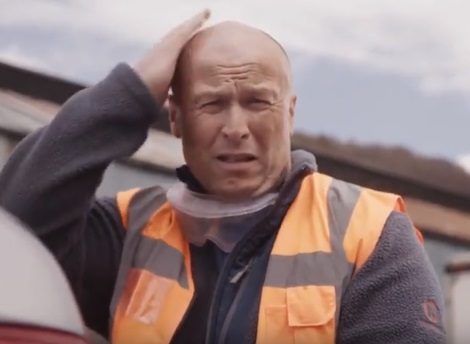 “Bald may be beautiful to some, but to others it’s dangerous,” this is how the 60-second spot begins. Several bald men are seen sharing their stories and, if in the first place, it seems they are talking about them getting bald, it soon turns out they are actually referring to their tyres and how their bald tyres could have led to tragedy. “My old man was exactly the same, he told me the risks. Just happened so gradually, every milimiter matters,” one of the men says. “I lost it. I just lost. I’m just glad nobody got hurt,” another man says, looking then at his son, who’s in the backseat.

The ad also highlights that “Bald may be beautiful, but when it comes to your tyres, bald is dangerous” and that each bald tyre (that’s below the limit of 1.6mm) can land you three points on your licence and a fine of up to £2,500.

The campaign, based on a research that shows that one in five people are driving on tyres with a tread below the recommended depth, is aimed at fighting tyre tread ignorance and reminding drivers that, by conducting a few simple checks each month, they can keep themselves and other motorists safe.