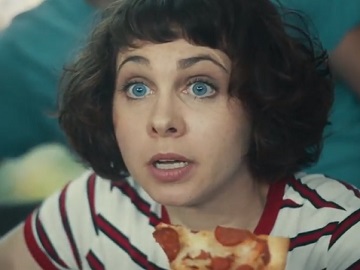 “With a huge summer of football about to kick off there’s no better excuse to get everyone over” – this is the idea behind many deals launched by retailers for the FIFA World Cup, starting June 14. Co-op Food has released a new spot to advertise its £5 two pizzas and four beers deal.

The ad, titled “Football is better together”, features a group of friends watching a football game on TV, with lots of snacks on the small table in front of them. They get two Co-op pizzas and four Budweisers and enjoy every second of the sport event, until a penalty, when one of the women asks her husband, Jim, to go and stand outside, because of a “tradition” they have with him not being in the room at penalties. He initially refuses to leave, but soon they all get out and, apparently, it turns out this brings luck to their favorite team, which manages to score.

The £5 deal is available on selected Co-op Fresh Thin & Crispy pizzas and 4x300ml Budweiser until July 10, 2018. The regular price for these products is normally £10.58. Viewers are advised to see participating stores for details and to drink responsibly.