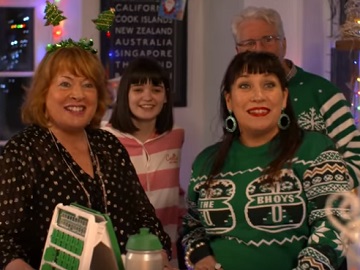 The holiday film tells the story of the Quinn Family as they face off against one another in their annual Christmas games night.

Hoping that this year won’t be the games night loser, Paddy Quinn embarks – quite confident – on a quest to “make history”. “Let the games begin,” he tells his wife, who asks him if he’s feeling lucky. The spot shows how Celtic stars are on hand to help him in his quest and how the family deal with a neighbor that calls the police, complaining about the noise they’re making.

“Giving you that Celtic sparkle everyday,” onscreen lines read at the end of the advert, which also directs viewers to the store section on the club’s website.

The Glasgow-based professional football club offers free UK standard delivery on orders over £70 and the possibility to collect from its stores the purchased items. It also advises potential customers to order by 19th December for UK delivery in time for Christmas.