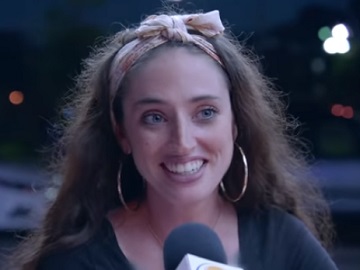 The 60-second spot features several locals talking about how Philadelphia is “the best doing cheesesteaks and Phili”. “You’re comparing a Phili Cheesesteak to a cheesesteak from Burger King?”, “You really got to watch your mouths, you’re gonna talk about cheesesteaks from Burger King?” some of them ask the reporter, who then gives them the Philly Cheese King to taste it. “Not bad,” “My dude, it’s good,” “I’ll say it’s ok,” “I’d eat this whole day if I’m allowed to,” “I hate to admit it, but I like it,” – these are only some of the reactions captured by Burger King and included in the commercial.

“You see, folks, even the Philadelphians like it,” the voiceover says at the end of the spot, urging then viewers to come try the new Philly Cheese King, “with a half pound of flame-grilled beef, melted American cheese, caramelized onions, and creamy cheese sauce,” “inspired by Philly, improved by fire”.

The Philly Cheese King is available for a limited time only at participating restaurants.

This new menu item has outraged one particular Philadelphia location of the burger chain, which is refusing to serve it. The Burger King located at 15 S 8th Street in Philadelphia announced it will not be selling the PHILLY CHEESE KING in honor of the traditional recipe.