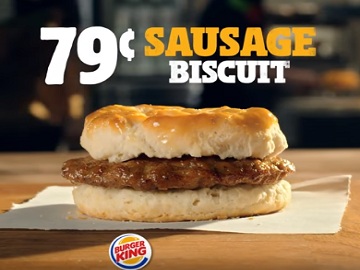 Burger King kicked off the year by introducing the 79¢ Sausage Biscuit for a limited time at participating restaurants. The fast-food restaurant chain now promotes it in a new commercial highlighting that the new menu item is “freshly-baked”, is “delicious” and is “only 79¢”.