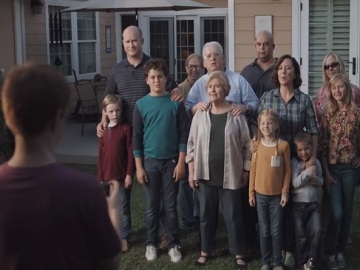 The sports bar chain has released four different spots featuring people who escape various situations to watch football at Buffalo Wild Wings. A guy is slowly backing away from a family gathering, on a Sunday afternoon, where he is supposed to take a photo and everyone is giving him instructions. A spot set on a Monday evening features a man breaking through a ceiling to escape an ice-breaking exercise during a work meeting, a spot set on a Thursday night features a man crawling out of a faculty meeting, and a spot set on a Saturday afternoon features a guy on a tour of his friends’ new house escaping using the mattress from one of the bedrooms.

These spots mark the first work from agency Figliulo & Partners and the first work overseen by Jeff Baker, who became, in July, VP of marketing and advertising after more than four years at Arby’s. Earlier this year, in February, Arby’s paid for Buffalo Wild Wings for $2.9 billion.