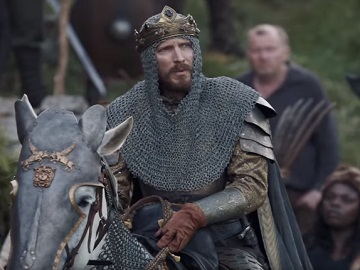 Bud Light has released a new “Dilly Dilly” commercial, the second in a planned trilogy of “dilly dilly” ads leading up to the Super Bowl, featuring the King as he inspires his loyal subjects in a time of great distress.

Titled “Ye Olde Pep Talk”, the 45-second ad, set against a Game of Thrones-inspired backdrop, opens with the King, who has been seen so far only in his castle, greeting the men and women of his kingdom with a “Dilly Dilly” before a massive battle. “Sure, we may be outnumbered. 20 to 1. They may have more men. More horses. And their horses may be faster and more intelligent than ours.” – he says, making a pause for a moment to take a look at one of his horses, that doesn’t seem too fast or intelligent whatsoever. “They have arrows with fire, which probably don’t hurt more than the regular ones. And, unlike them, we have very little training. Ah, look, I’m gonna level with you, guys, we’re out of Bud Light. And they have some. So Dilly Dilly.” – he adds, encouraging his people to go get some Bud Light from the enemy.

The commercial, ending with the onscreen line “To Be Continued…” as the King’s army is goes to the battle, is set to air this coming weekend, during the AFC and NFC Championship games.

The third installment of the trilogy will debut during Super Bowl LII, which takes place on February 4 and will be televised on NBC.