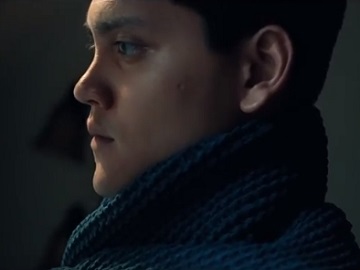 BOSS has announced a new partnership with swimmer Joseph Schooling. The label has released a commercial starring the record-breaking gold medallist in the 100m butterfly at the last Olympic Games, who became the first-ever Singaporean ambassador for BOSS Menswear, highlighting that he “embodies the qualities associated with the BOSS brand, including confidence, precision and the drive to succeed”.

The film features Schooling as he performs his training routine throughout a normal day for him, in Austin, Texas, and shares his thoughts on what brings you closer to success. “You’ll miss waking up to the people you love. You’ll miss your friends. You’ll miss Mum’s. You’ll miss home. But it’s the comfort you have to leave behind that takes you back to the top, where you belong.” he is heard saying on the 90-second spot, while on screen he is seen wearing BOSS apparel.

Of his partnership with BOSS, Schooling stated “It is a tremendous honour to be part of such an iconic brand.” “Being a BOSS brand ambassador is significant to me because the brand’s focus on quality and authenticity resonates with me on a personal level,” he also said.