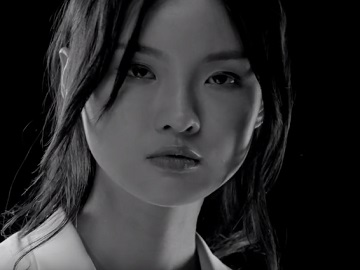 BOSS pays tribute to Michael Jackson with a new edition of the iconic white BOSS suit worn by the legendary artist on his game-changing album “Thriller”, in 1982.

The German fashion label has released a 30-second spot showcasing the suit, which is limited to just 100 pieces, as well as the exclusive capsule collection of three official BOSS x Michael Jackson unisex cotton T-shirts, depicting the King of Pop. The new edition, entirely crafted at the HUGO BOSS headquarters in Germany, references the original’s silhouette, fabric and details throughout. Its price is set at $1.195. The T-shirts, coming in black and white and featuring special moments in Michael Jackson’s career, from his dance moves to his iconic images, are available for purchase for $68.

“Thriller” remains the biggest selling album of all time, and the cover is an enduring statement of Michael Jackson’s timeless style”, according to the brand, which marks thus the pop legend’s Diamond Birthday.