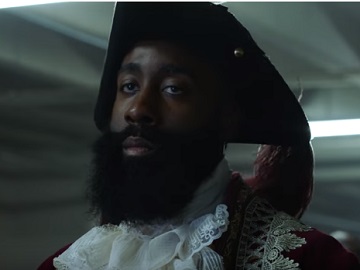 BodyArmor has launched a new ad campaign, titled “Thanks” and taking aim at Gatorade, which is indirectly labeled as “outdated sports drink”.

Kobe Bryant, who is the third-largest investor in BodyArmor, has written and co-directed a series of spots featuring James Harden, Knicks’ Kristaps Porzingis, Angels outfielder Mike Trout and WNBA star Skylar Diggins-Smith, each doing outdated things and the voiceover mocking them for it.

The spots end with the voiceover presenting BodyArmor, described as “More Natural, Better Sports Drink”, and adding the tagline “Thanks Gatorade. We’ll take it from here”.

These BodyArmor athletes, as well as other fellow athletes from the BodyArmor team, have starred in the brand’s “Obsession Is Natural” ad campaign, created by Kobe Bryant, aimed at highlighting that obsession is the only one thing that “separates the bad from the good”, “the good from the great” and “the greats from the legends”.

The BodyArmor SuperDrink contains, according to the brand, natural flavors, such as Blackout Berry, Tropical Punch, Grape, Lemonade, Watermelon Strawberry, Orange Mango, natural sweeteners, and no colors from artificial sources.