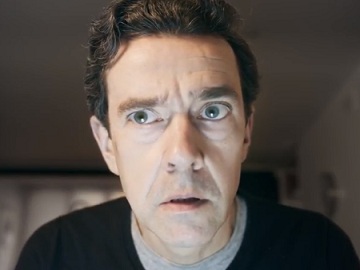 The 30-second spot features a young man having a video chat with his father, who’s on the BMW website, having at the same time a discussion with a brand’s customer service representative via the BMW Online Chat about the BMW 3 Series. While the former announces him that he’s got some news, the man asks the BMW rep about emissions. Just when he gets an answer (“Just 49 grams of CO2 per km”), his son says his girlfriend has split up with him. Wowed by the figures, the father says “That’s brilliant!”, which makes his son, who believes this is the reaction to the news he had just given, conclude he has never liked her and turn off the video chat.

The advert, also mentioning that shown figures are obtained from laboratory testing and intended for comparisons between vehicles and may not reflect real driving results, ends with the voiceover saying “Whatever answer you’re looking for, you can chat to us”.

Those willing to purchase a BMW vehicle online can do it by starting with creating a My BMW account. They can then build the car of their choice online using the BMW configurator and explore the options available. There also are a range of finance options available, tailored to them and their lifestyle, as well as the possibility to arrange a test drive at the nearest BMW Centre.

Previous: Dior Capture Youth Cara Delevingne Commercial
Next: Samsung Galaxy A8 & A8+ Commercial: Lets You Be You