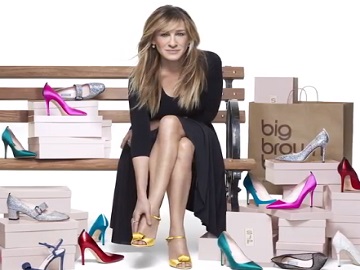 Sarah Jessica Parker reflects on her early days in NYC and launching her brand at Bloomingdale’s 59th Street in a new commercial for the department store, which also showcases its renovated flagship, ❤️ of New York.

The department store also invites people to stop by its brand-new shoe floor, whose debut was celebrated in April with made-to-order pop-ups, on-demand services like Cobbler Concierge, and exciting events, some giving participants the chance to meet Sarah Jessica Parker, Brian Atwood, and others. Customers can to find premium labels, like Givenchy, Jimmy Choo, and Louis Vuitton, luxe brands, as well a selection of super-special styles created by the department store’s favorite designers, from street-chic sneakers to NYC-inspired heels, that are available only at 59th Street.