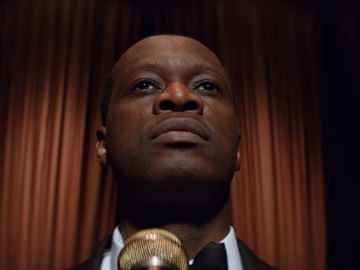 Among the commercials that aired during this year’s Super Bowl was also “Be Celebrated”, promoting a new movement started by Pras Michel, a former member of the hip-hop group the Fugees, to create a place for the black culture to be heard, celebrated, and empowered.

The 30-second spot, directed by Antoine Fuqua (the director of the 2001 Academy Award-winning film “Training Day”), opens with the Grammy and Emmy Award winner standing onstage in a theater, blindfolded and with his mouth covered. He soon takes off the bindings, looks out into the audience (where there’s no one) and leaves the stage.

Concluding with the tagline “Be celebrated. Not tolerated.”, the commercial, which marks Michel’s collaboration with ad agencies Leijas and McKinney, directs viewers to Blacture.com, described as “a voice and vision for black culture”.

The actual platform for Blacture, which will include black filmmakers, journalists and anyone who “creates” in an endeavor to “amplify the underserved voices in black culture”, is set to debut this spring, in March.