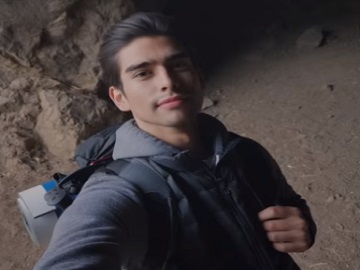 Bell Canada highlights that “Today just got better” in its latest commercial, which encourages people to use Bell’s network to do the things they want, including sharing the things they do.

“Wouldn’t be great to do the things you do everyday better? We think so,” the voiceover says at the beginning of the 30-second spot, encouraging then viewers to take that important call, to give an interview even if they’re a million miles away from civilization, post from a cave, make a live from a concert, and more.

“Just think of the thousands things you do every day,” the voiceover also says while on screen people who illustrate those scenarios are seen. “The truth is, every single thing you do is better on a better network,” adds the voiceover and the line “Canada’s best national network” flashes across the screen.

After announcing, in 2017, that it had reached 99% coverage of the Canadian population with broadband LTE mobile service, and becoming the first carrier in North America to deliver Quad Band LTE-A theoretical speeds of up to 750 Megabits per second, at the beginning of this year, on February 2, Bell announced its LTE Advanced (LTE-A) wireless network has delivered data speeds of a Gigabit per second (Gbps) in a deployment testing.