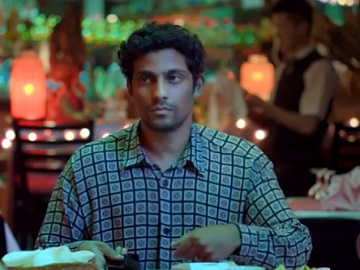 Barclays advertises in a new TV ad its mobile banking app, which lets users take control of their money and see when regular payments are coming out of their Barclays account.

The 30-second spot, aimed at highlighting that Barclays customers can use the bank app’s calendar to see when their bills and regular payments are due, features a young man in a restaurant who offered to pay for everyone else’s order close to payday. “I was going to book our trip to Costa De La Luz this month,” the guy says to himself looking at the bill. “Well, the south of England is just as nice. We could go glamping. Or camping,” he thinks. But then he grabs his phone and looks into the calendar within the Barclays Mobile Banking app. Noticing there are no more big bill for the month, he changes attitude, becoming more relaxed and confident that he will still be able to book his break to Spain.

“See when regular payments are coming out of your Barclays account with the Barclays Mobile Banking app,” the voiceover says at the end of the advert, adding the tagline “Take control of your money”.

The Barclays Mobile Banking app also allows Barclays customers to check their balance, change their cash machine limit, view their PIN, freeze their card, make payments and transfers from their accounts, send money abroad, earn cashback and rewards, and see them tally up, see where and when they’ve been spending their money.