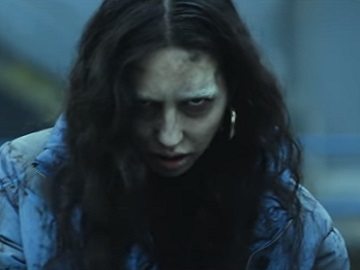 Subscription-based language learning app and e-learning platform Babbel has released its Halloween ad, showing you how to survive the zombie apocalypse.

The 60-second spot is set in a post-apocalyptic setting, where zombies wander through the streets and features a young woman hiding from the terrifying creatures. As she’s watching them through binoculars, she notices among them a man with a map in his hands. She approaches him and tells him it isn’t safe, but he doesn’t seem to understand English. She tells him that they need to go and hide, which makes him smile and answer “guide, tour guide”. She doesn’t get the chance to tell him anything else, though, as several zombies grab him and take him away.

“Prepare for the Apocalypse. Learn a new language” onscreen lines read at the end of the commercial.

Babbel invites you to use the code “Halloween” to get 3 extra months free when you buy a 3-month subscription.