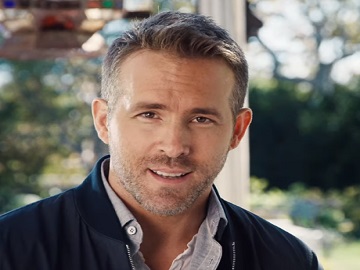 Ryan Reynolds talks about the process of making the Aviation American Gin (Portland-made brand of gin that he owns) in a hilarious new ad, that satirizes artisan-obsessed Portland.

The Canadian-American opens the two-minute long film with a confession. “There are people come up to me all the time and they say ‘What makes Aviation Gin so delicious?’ Most of the time I run away, cause non-celebrities frighten me, but here is the answer,” he says, starting to talk then about the process, which begins each morning at 4AM, when distillers of Aviation Gin “rise to greet the new day with four hours of silent meditation.” “From there, it’s a quick scoot down to the grove, the citrus fruits are misted using only the tears of Aviation’s owner, me, Ryan Reynolds. All of our botanicals are humanely caught, cage-free and grain-fed. The reason some people don’t drink gin is that strong juniper taste, so, after apologizing to each berry individually, we beat the living hell out of them, creating a smoother, more refined finish. To ensure that heavenly taste, every bottle of Aviation is ordained by the Unitarian Church of Fresno California, and then, before it departs home, serenaded with the healing music of Sarah McLachlan. Some might call this overkill, but the next time you visit your local mixologist and you murder that silky smooth Aviation Martini, well, who’s the killer now, a..hole?” Reynolds says in voiceover.

At the end of the commercial, his voice is also heard saying “Aviation, an American original, now owned by Canadian”.

Reynolds took over ownership of Aviation earlier this year, in February. A few months later, he admitted he isn’t actually involved in the gin-making process and that he would like to be more involved with the marketing, sales, and distribution processes.