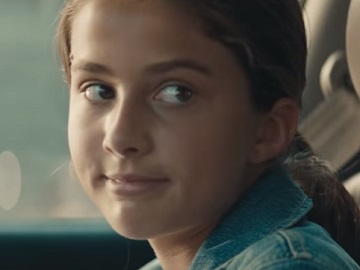 Audible has launched a new ad campaign to promote its app and various limited-time offers, valid for new users.

One of the spots features a mother picking up her teenage daughter from school and realizing she is upset because one of her colleagues. Asked to start the car, the woman does not say a single word, but starts to play instead a book from Audible, which reads the words her daughter needed the hear that moment. “Pretty much everybody hates highs chool. It’s a measure of your humanity, I suspect. If you enjoyed high school, you were probably apsychopathh or a cheerleader or possibly both. Those things aren’t mutually exclusive, you know,” the narrator is heard saying, which brings a hint of a smile on the girl’s face. This time, she asks her mom in a softer voice to just get going”.

The commercial ends with the voiceover saying the tagline “The most inspiring minds, the most compelling stories.” and urging viewers to download Audible and listen for a change, while on screen various books available on the platform are shown.

Other spots released by the Newark-based company feature a couple listening to the same story on a smartphone, active people, who are training for a marathon out in the forest and making the commute to work.

One of the spots is actually an anthem that raises a series of questions and gives viewers food for thought, while introducing the idea of listening audiobooks as the key to a variety of issues. “What would it look like if we listened more? Could the right voice, the right set of words brings us all just a little closer, get us to open up, even push us further? It could, if we took the time to listen,” the voiceover says.

The company offers a 30-day free trial and a free audiobook, which is yours to keep even if you cancel. Other offers include two Audible originals and exclusive fitness programs each month with a subscription. The monthly price is $14.95. Audible also informs that it is a trusted Amazon company so you can count on privacy, security and satisfaction.