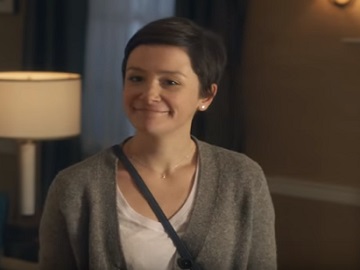 “When it comes to wireless networks, just OK isn’t OK,” AT&T says in a series of hilarious new ads.

One of them features a same-sex couple who hired a babysitter for an evening, but have the surprise to realize that she’s not the right person to take care of their kids. “Enjoy yourselves, I’m pretty ok with children,” the young woman tells them before they head out. “Just ok?” one of the men asks a little bit worried. Told to relax, because she won’t forget anything, the man is then given new reasons to worry about as she proves she forgot some essential things about the kids she’s about to babysit. Thus, she recalls that bedtime is at 11, when it’s actually at 8, that the allergy one of the little ones has is to shellfish when it actually is to peanuts. On top of everything, she asks what’s the Wi-Fi password and, reminded that it’s the names of the couple’s kids, she answers that “that’s not helpful”.

“Just ok is not ok, especially when it comes to your network,” the voiceover says at the end of the commercial, adding that AT&T is America’s best wireless network, according to America’s Biggest Test, now with 5G, and the tagline “More for your thing. That’s our thing”.