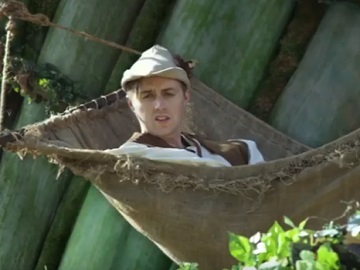 AT&T has used Jack and the Beanstalk as a starting point for its new commercial promoting the Internet service, with no extra fees.

The spot features Jack being approached by a fellow with a question. Anticipating it, Jack says there’s no actual beans in the Beanstalk. When his mate hears the giant saying “Fi Fo Fum”, he asks if he didn’t say “Fee Fo Fum” and Jack opinions that maybe he decided to get rid of fees.

The ad also informs that, unlike cable providers, with AT&T Internet the price you see is the price you pay. 40$ a month, no extra monthly fees, no surprises.