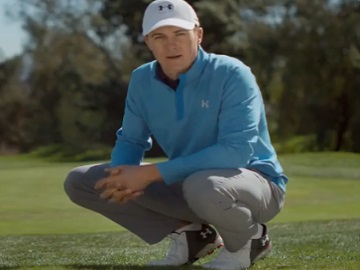 AT&T continues its It Can Wait campaign, which promotes No texting while driving, with a new ad, starring Jordan Spieth.

The professional golfer explains, in a 30-second spot, titled “The Gimme” after a golf move, what a gimme is, highlighting that, on the road, there are no gimmies. “The Gimmy – it’s a putt so close it’s impossible to miss, so they give it to you. But no matter how good you are, nothing’s for sure. Like how you think you can check your phone and it’ll be okay. Out here (on the road), there are no gimmes. Please don’t drive distracted! It can wait,” Spieth says.

The golfer, who’s an AT&T athlete, explains, in another ad, what “laying up” (another golf move) is, also emphasizing that there are no shortcuts with distracted drivin. He also stars in other four hilarious ads (titled “Anthem,” “Retail,” “Healthcare,” and “Manufacturing”) focusing on Edge-to-Edge Intelligence for business customers, that debuted during the 2018 Masters Tournament broadcast.

AT&T has launched, as part of the campaign, an all-new virtual reality experience designed to help raise awareness on the dangers of distracted driving and save lives. Reinventing the original approach of a driving simulation, the new VR experience will bring people face-to-face with the very real dangers of distracted driving, enabling them to hear the personal stories of its victims. First implemented in 2015, the VR simulator, which toured the U.S. three times, visiting schools, conferences and events to simulate the dangers of using devices behind the wheel, is set to be taken this year on a nationwide tour of more than 200 stops.