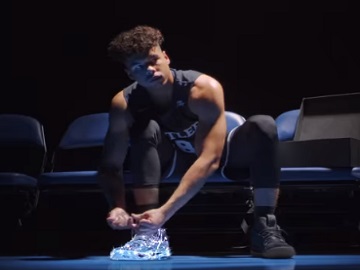 AT&T highlights, in a new ad, that with DIRECTV NOW, you can stream the live TV you love on any screen, and celebrates its status of proud partner of the NCAA.

Part of the “More For Your Thing” campaign, the 30-second spot features a young man watching a March Madness game on DIRECTV NOW and being transported in the middle of a bascketball court and cheered by the crowd of fans. “DIRECTV NOW gives you more for your thing. Your March Madness bang. Your live all access paths at the Big Dance thing. So you can be there for the next Cinderella thing. Because if you want to feel everything, you can’t miss anything.” the voiceover says, urging then viewers to stream the live TV they love on any screen and adding the tagline “More for your thing. That’s our thing”.

The ad also informs that local channels are limited and vary by region and that you may need to be in billion region to view. It is also mentioned that a compatible device (which is sold separately) is required and that coverage/service is not available everywhere.

AT&T, the NCAA’s longest-standing partner, helps support all 90 NCAA sports championships and the student-athletes who play in them. The company, which is, along with Coca-Cola and Capital One, a NCAA corporate champion, the group’s highest level of sponsorship, serves as the NCAA’s official wireless service provider and a heavily integrated sponsor of CBS’s basketball broadcasts.