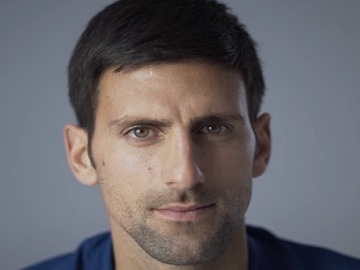 The world class tennis player is seen wearing his own signature shoe while in the background he’s heard talking about success and about what it takes to be at the top. “Success does not come at once. It is not a thing achieved over night. It is a result of many, many years of hard work, sacrifice, and determination to achieve goals both on and off the court. To be at the top, you have to keep on moving and focus on every aspect of your game. Sport is not just a game. It is a way of life. My name is Novak Djokovic and I move me.” – the tennis champion says in the 40-second spot, released with the hashtag #IMoveMe.

According to the footwear and sports equipment brand, Gel-Resolution Novak features a Lateral Support Brace, which enhances stability on the forefoot, a redesigned FlexionFit upper, which is covered by polyurethane (PU) and ensures comfort and support, as well as an External Heel Counter that designed to provide rearfoot support and stability. The tennis shoe caries Djokovic’s personal logo, as well as the dove symbol on the tongue’s laces loop.

The new tennis shoe, first shown by the Japan-based footwear company in Melbourne, Australia on Thursday, January 11, launches January 15 (which is the first day of the Australian Open). On this occasion, Novak Djokovic was also announced as a global footwear partner.