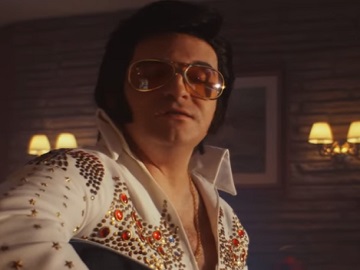 Apple showcases the recently added Group FaceTime feature on iPhone, in a new commercial, highlighting that it makes it easy to get together with up to 32 of your friends all at the same time.

The 60-second spot features several Elvis Presley impersonators from across the world singing, during a Group FaceTime call, the legendary artist’s song “There’s Always Me”. The video shows off the tiled interface that’s used with Group FaceTime, designed to highlight the person who is speaking at the current time. An Elvis Presley from a motel, another one from a scry-scrapper in Asia, another one from a northern country, an Elvis Presley in a bus station, in the rain, in India, and even one on a boat floating on the sea – are all seen performing the single to be heard by their fellows living on other continents.

Introduced as a main feature in the iOS 12 beta and released again – after being removed from iOS 12, in iOS 12.1, which Apple launched in late October, Group FaceTime also lets you use Animoji, Memoji, and filters during your video chats.