Home / Latest Spots / Alibaba Commercial: To the Greatness of Small 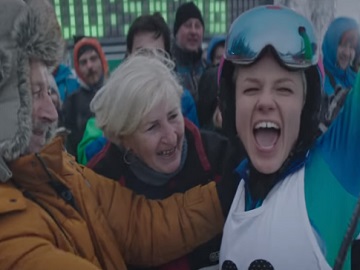 Alibaba pays tribute to the “Greatness of Small” in its first global ad campaign for the Olympics, celebrating also its status of worldwide partner of the 2018 PyeongChang Winter Olympics.

The campaign includes three commercials that illustrate how one small gesture can move millions of people, how small moments of character can inspire the world, and how the underdog can achieve great things. “99% of people think they are nobody. 97% of companies are small companies. 92% of countries are small countries. 95% of athletes are unknown. Small can be calculated. But it cannot be ignored. So, we have a different point of view on small. We believe a small character has unrivalled power. A small action can touch millions of people. A small step forward can set a new record. A small change can create a difference. A small corner can impact the whole world. A small country’s story can inspire all humanity. From small to big. Everyone is making a difference.”, the voiceover says on the “To the Greatness of Small” commercial, adding that “Alibaba believes in the power of small.”. “We are proud to be the worldwide partner of the Olympic Games. Giving everyone an equal chance. Together, we’re in this game. From one to billions. We see the power of small. To the greatness of small.”, the voiceover also says, before a final onscreen line appears, informing that “Alibaba empowers small businesses and young people around the world”.

The “To the greatness of small” ad, which will run in China on TV, online and outdoor, in Korea outdoor, and online in the United States, Japan and the United Kingdom, is accompanied by two athlete-inspired spots, one featuring the first amateur ice hockey team from Kenya with grand aspirations to one day qualify for the Olympic Winter Games, and the other featuring Australian sculler Henry Pearce, who paused mid-race during the quarterfinals of the Olympic Games Amsterdam, in 1928, to let a mother duck and her ducklings pass without losing a feather.

“Since our founding 19 years ago, Alibaba Group has believed in and embraced the greatness of small in everything we do,” said Alibaba Group Chief Marketing Officer Chris Tung in a press release, mentioning that through this campaign they can share the story of Alibaba core values, which include offering support to “the small guy” and leverage its technology “to help the underdog succeed in the global marketplace”. “We believe that technology can level the playing field, and that even small companies have the opportunity to be global companies.”, Tung also said.