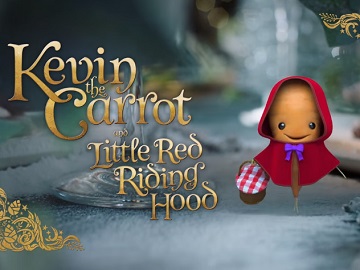 The spot features a carrot with a little red hood, that went to her grandmother with her basket filled with goodies from Aldi for the perfect Christmas. Arrived at grandma’s house, Little Red Riding Hood discovers, with the help of Kevin, that the evil Parsnip is in her grandma’s bed and nightie.

“And that’s the end of our story,” Kevin the Carrot says, closing the fairy tale book. At this point, one of his three kids asks if he made some mince pie for Santa, which makes Kevin reveal he has also prepared something for Rudolph, referring to the evil Parsnip, who’s been hung on the reindeer’s antlers.

Aldi has also been promoting, in other ads, the range of Christmas desserts, which includes Exquisite Florentines (£3.99/220g), Melting Snowflake Pudding (£5.99/450g), 18 Month Matured Christmas Pudding (£4.49/545g), and the arrival of the turkey, on December 19. While the spot dedicated to desserts features Katie the Carrot as she finds, with the help of Fairy Cake Mother, her Prince Charming, the spot dedicated to the turkey, which also showcases Aldi’s legendary mince pies and chocolate reindeer, features Kevin the Carrot as he comes to the rescue of the Little Red Riding Hood, who was in danger because of the evil Parsnip.