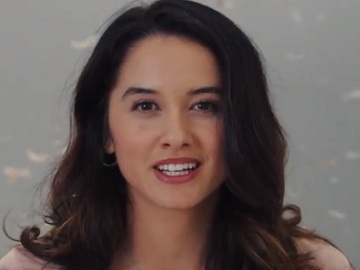 Zales has launched a new ad campaign to showcase the Interwoven Collection, which celebrates, according to the jewelry retailer, “the promise of what is to come”, being a symbol of “the unique journey a couple is on together”.

The campaign, introducing the tagline “Wherever life takes us, we go together.”, includes three spots featuring young couples who illustrate various life moments, like “the moment when who you’re going with is more important than where you’re going”, “the moment you forgot that you weren’t a cat person”, and “the moment when a night in beats a night out”. The spot dedicated to this last moment, titled “After-math”, shows a couple in their bedroom fighting with pillows and lying then together on the bed, with large smiles on their faces, proving that you can have a lot of fun with your partner even if you stay at home instead of going on a night out.

The soundtrack music is Duce Williams’ 2014 single “We Are Young”, included on his “Miami Folk” album.

Zales has launched a series of new spots showcasing also its Enchanted Disney Fine Jewelry Collection, described as a collection that “connects you to a special place in your heart, filled with love, romance, and dreams.” Modern Cinderella, Snow White and Belle are seen wearing necklaces included in this collection, promoted with the tagline “Happily Ever After begins at Zales”.