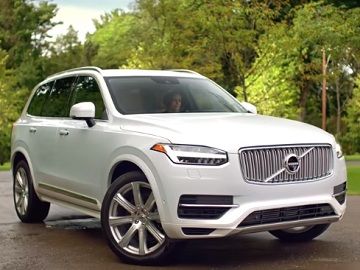 Volvo has released a new ad for the the Volvo Midsommar Summer Sales Event featuring the XC60 and XC90 SUVs.

“After a long winter, every Suede looks forward to celebrating meeting someone. So we’re giving America a reason, too.” – says the voiceover in the 30-second spot, inviting viewers to come in during the brand’s Midsommar Sales Event and get up to $4.500 on select Volvo vehicles.

The voiceover then urges viewers to choose the 2017 XC60, which boasts more standard features than any other car in its class, including Engine Remote Start and Rear Park Assist Sensors, and pick a new Volvo XC90 inscription or art design to drive off in the most awarded luxury SUV of the century.

“But hurry, the summer savings won’t last. Take advantage of this limited-time offer now.” – says the voiceover at the end of the commercial.