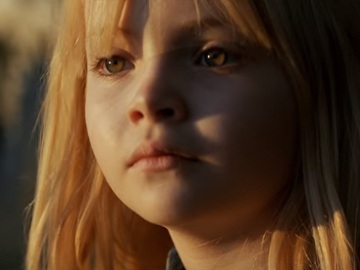 Volvo has launched a short film introducing the new Volvo XC60 and highlighting that “Sometimes the moment that never happen, matter the most”.

The clip, made by Forsman & Bodenfors, begins with a little girl talking to her mom, at home, before setting off on her first day of school. Nervous because she doesn’t know what’s going to happen, the kid is told by her mother that she can decide what’s going to happen and is asked to imagine that. She then starts imagining how her life will look like, describing the new friends that she’ll make at school and the bond they’ll create over time, saying that she’ll study hard and focus on school, then travel the world, get a job, a house, marry and have her own family. As the girl tells her mom all this, on screen the respective moments are artistically captured.

Her story ends abruptly as she’s shown stepping out in front of an oncoming Volvo XC60 driven by a woman, who’s been also featured throughout the film. The terrible accident is avoided thanks to the car’s safety system that detects the girl on the crosswalk and applies its emergency break.

The spot ends with the onscreen line “Sometimes the moments that never happen, matter the most”.