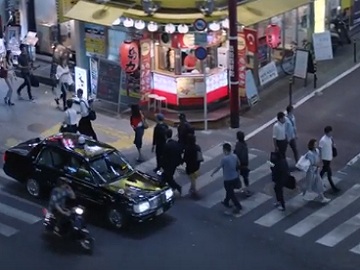 Vodafone Australia promotes, in a new ad, its $5 Roaming service, which enables customers to use their plan abroad just like home, in over 55 countries, for only $5 extra a day.

“Power to the guy who travels like a boss, but pays like a backpacker. And to the girl who will be landing on without landing a big bill. Power to the people switching from telcos that overcharge you to travel to a network that gives you the freedom to travel further.” – says the voiceover in the 45-second spot, featuring various persons travelling and being able to use their smartphones to do whatever they want, thanks to Vodafone’s $5 Roaming.

“Make the switch to Vodafone’s $5 Roaming and use your plan just like at home in over 55 Countries for only $5 extra a day” – the voiceover urges viewers at the end of the commercial.