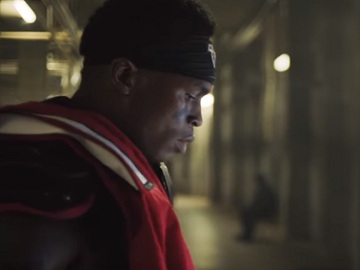 “You want to keep chasing your dreams. We make sure you never have to stop.” – this is the message conveyed in the
latest Visa commercial, starring Julio Jones.

The 30-second spot, titled “Million Yard Line” and aiming to highlight that Visa has been there for Jones on his journey to become an NFL superstar, begins with a young version of Jones, who tells his mother “I got this” before a training session together. As a teenager, he is shown paying with a Visa card for his bus ticket, and as a young athlete paying with his smartwatch.

The spot ends with Jones and his team getting on the field, as a way of illustrating his passion and commitment to pursue his dream, and with the voiceover saying the above mentioned message. The company’s tagline, “everywhere you want to be”, also appears.