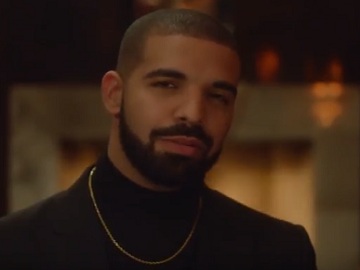 Drake and his father, Dennis Graham, star in a new commercial for Virginia Black whiskey.

The Canadian rapper and his dad are poking fun at Dos Equis’ “most interesting man in the world” character while plugging their own spirit. “You want to know who’s not worried about the most interesting man in the world? The realest dude ever.” – Drake says at the beginning of the 15-second spot. The camera then pans to his father, who, holding a glass of Virginia Black in his hand, says “These glasses aren’t even on prescription”.

Drake, who launched Virginia Black Whiskey last year, in June, along with ex-financier Brent Hocking and drinks company Promixo Spirits, stars in other three ads promoting the luxury whiskey brand. He also has deals with huge companies, including Apple, Nike and Sprite, and is, according to Forbes, the fifth richest rapper in the world, with a net worth of $90 million.

Previous: Progressive Insurance Commercial: The Box at the Mall
Next: GEICO Commercial: Woman and Virtual Assistant