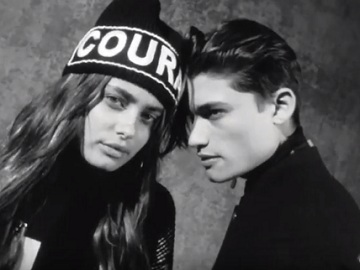 Versace has released the film for its Fall/Winter 2017 campaign, presented as “a powerful manifesto of unity and hope” and “a reaffirming message of Equality, Strength and Love”.