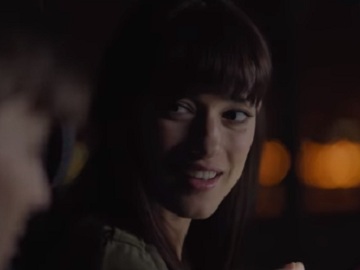 Vauxhall has launched a new advert to promote the on-board WiFi on Corsa and its deal on Corsa Limited Edition, available for purchase for £185/month, and also to celebrate life’s #SmallVictories.

The 30-second spot features two teenagers on a night date, in a Corsa, with a beautiful view on the city in front of them. After a moment of awkward silence, the boy tells the girl there’s WiFi and, after receiving the confirmation that the car really has WiFi, the girl asks for the password. He says the password, “corsa2017”, but another teenage boy sitting in a car parked nearby intervenes to mention that “it’s with capital c”.

At this point, the filming angle changes to reveal that in the car parked nearby, three friends of the “protagonist” are listening to the couple’s conversation and laughing out loud.

“On-board WiFi to make your mates look cool. We call that one of life’s small victories.” – the voiceover says at the end of the spot, urging viewers to get a Corsa Limited Edition for just £185 a month.