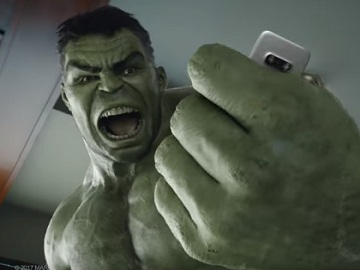 “You can’t always control your feelings, but UnitedHealthcare can help you control your care.” – this is the message conveyed in the latest commercial released by the health insurer, titled “Taming the Inner Hulk”, informing that irritability and anger are also covered under official medical code R45.4.

The 30-second spot features Mr. Powers, a man calling UnitedHealthcare in his attempt to find a knee specialist.
He tells the Customer Care Representative that he’s been trying to find a knee specialist, but nobody has an opening for months. As he says that, he turns into Incredible Hulk and, besides smashing his smartphone, grabs the couch, as well, and throws it through the entrance door, in front of the house.

“You can’t always control your feelings, but choosing UnitedHealthcare can help you control your care.” – the voiceover says at the end of the commercial, which also shows Mr. Powers calming down when the officer informs him that she found a specialist for next Tuesday. The lady, Stephanie, takes the opportunity to let him know that she sees on the preventive checklist that he’s due for a colonoscopy, mentioning that it’s covered at no additional cost for him. “Great. No green.” – Mr. Powers says smiling and looking at his dog.