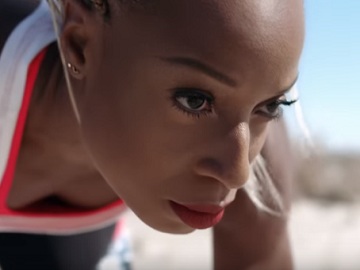 Under Armour celebrates women who are Unlike Any in a new ad campaign, created in collaboration with Droga 5 agency.

The brand spotlights women who have broken convention and elevated themselves above any plane of comparison, such as multiple gold medalist Natasha Hastings, known as the “400M Diva”, who overcame self-doubt and the critics by breaking records and proving that being feminine and powerful are not mutually exclusive, Zoe Zhang, one of China’s most famous actresses with a focus in martial arts, as she has Taekwondo Black Belt, Misty Copeland, the first African American to be named as principal ballerina for American Ballet Theatre, stunt woman Jessie Graff, and Alison Mariella Désir, endurance athlete, activist, and founder of Harlem Run.

They star in commercials wearing Under Armours products, while in the background a spoken word artist recites a poem ending with “Unlike Any”, which is also the campaign tagline.

Among the lyricists, poets, and spoken word artists that collaborated with Under Armour for this campaign there
are the American contemporary poet, writer, and activist of Cuban-Jamaican descent Aja Monet, American rapper, singer-songwriter, actor, and poet Saul Williams, known for his distinct fusion of poetry and alternative hip hop, London-based musician, rapper, and spoken word artist Kojey Radical and others.