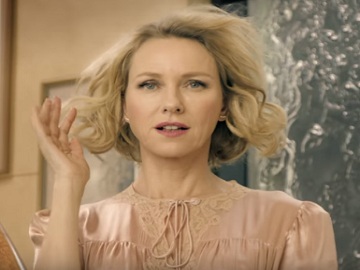 The Hollywood actress, who became famous after appearing in a TV ad promoting Aussie lamb, is seen in the 15-second spot going down some stairs in a mansion, dressed in a gold satin dress, and sharing with viewers, after passing by a fan that blows her hair, what she will have for dinner. “Tonight I will be eating a cheesy sandwich, fries and pickled cucumber from Butter in Surry Hills.” – she says using a seductive voice. Shortly after, a UberEATS bag with her order is placed near her and the UberEATS logo appears on screen.