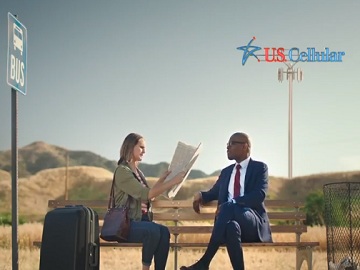 U.S. Cellular invites you to get a free iPhone 7 with no trade-in required in its latest ad.

The 30-second spot features a young woman joining a man in a suit on a bench, in a bus station, in the middle of nowhere. After saying hi to each other, they start a conversation based on an U.S. Cellular ad in the newspaper the man is reading. “The only thing better than iPhone is iPhone FREE on U.S. Cellular?” – asks the woman in bewilderment, making her interlocutor understand she doesn’t believe it’s possible to get a free iPhone with no trade-in. “It’s true. You get iPhone 7 on us and a great network that works even out here.” – says the man. The woman’s response, “I believe that like I believe my horoscope.”, is followed by her taking the newspaper and reading the horoscope out loud, which says as follows: “A handsome man with a smile like a summer’s day will bring you good news.” When the man shows off his smile, the woman also smiles and asks him if it’s him.

The spot ends with the voiceover urging you to get your iPhone 7 on U.S. Cellular, mentioning that no trade-in is required and that the network has the strongest signal in the Middle of Anywhere.