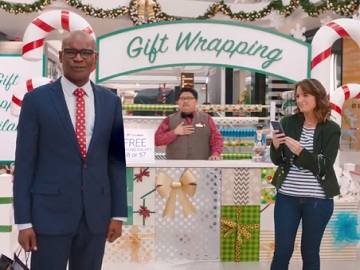 “This season, nothing says Happy Holidays like a free Samsung Galaxy S8 or S7.” – U.S. Cellular states in one of its latest ads, promoting a limited-time offer that gives you the chance to get a free Galaxy S8 or S7.

The company’s spokesman states that, “with a deal so good, there’s no time like the present to give yourself a present.”. When a woman standing near him, holding a Samsung Galaxy smartphone in her hand and saying she doesn’t deserve it, he says she does deserve it, and the woman agrees.

“Have yourself a Happy Holiday with the free Samsung Galaxy S8 or S7 and great deals on all Samsung Galaxy smartphones at U.S. Cellular.” – the voiceover says at the end of the spot, without giving though further information.

The deal is valid starting today, November 28, through December 14.